AS we move into the Aquarian age, more and more channelled messages are being directed Io our planet. The great joy about all these communications is that they are all different, each providing its own perspective of the whole. And what a lesson that is for each of us as we move away from the fixed hierarchical structures of the Piscean Age. It is bringing (he knowledge to the fixe that it is all right to change. Not only all right, but essential to let go of those outmoded traditions if we are to transit safely from one age to the next.
Dr Karl Nowotny is providing an important contribution to this transition in enabling  psychiatrists, psychotherapists and doctors to realise that there can be outside forces influencing mental disturbances.
He explains clearly how many forms of mental illness, including suicide, can be handled so
much more effectively if the practitioner understands the role of psychic energy, spirit and the interchange between life on Earth in the physical body and life as spirit.
A Swiss psychiatrist, Dr Paul Jaeggi, is already finding the Nowotny information invaluable
in the treatment of his patients.
Furthermore, he finds that the methods prescribed by Nowotny complement comfortably
his normal orthodox approach, thus providing a role model for others who may wish to follow in his footsteps.
The fact that Dr Karl Nowotny was a neurologist and a psychiatrist in his life has enabled
the communications to be presented in a way that is compatible with orthodox medical thinking.
Indeed, a friend of mine who is a consultant psychiatrist has shown great interest in the books.
However, the teachings are not too specialised for the ordinary reader and offer deep stimulus for thought.
His warnings of careless and indiscriminate use of psychic energies are timely as this
transition from one age to the next is already bringing heightened spiritual energies to the planet, energies that can bring either enlightenment or lead us into our shadows. It is also a time when each of us will have the opportunity of acknowledging our subtler levels of consciousness. We are all psychic and, in this hi-tech age, this offers us the challenge of allowing ourselves to recognise the fact and to finding out how it works for us.
What I particularly enjoy about Nowotny‘s teachings is that he does not set out to be some
kind of guru, but provides a practical, down-to-earth approach in dealing with practical, downtoearth problems. He encourages us to accept and use our freewill, saying that “submission is a denial of personal freewill.”
The book offers strong warnings to those who would blindly seek divine inspiration,
especially for ego reasons; we are reminded that it is not God who causes suffering, but man.
In fact, Nowotny sets out very clear boundaries in communicating with spirit, some of which will be controversial, even for those already interested in these ideas.
Nevertheless, I think it is important that we are all aware that boundaries and disciplines are necessary in all forms of psychic work and, of course, in life as a whole.
Dr Nowotny has a great deal to say specifically in the area of mental illness. This is a
valuable book, both for those who are new to this kind of channelling and for those who are looking for something beyond philosophic and spiritual considerations.
Tony Neate
Runnings Park,
West Malvern,
Worcs WR14 4BP.

TONY NEATE is co-principal of the School of Channelling and a founder/tutor of the
College of Healing at Runnings Park, West Malvern, Worcs. He has worked as a medium since the 1950s, channelling the wisdom/philosophy of H-A, which is published in a number of books. Tony also works as a healer, counsellor, gives nutritional advice and, where necessary, past life therapy.
Tony Neate was a co-founder and managing director of Nature’s Own Ltd, chairman of the
Wrekin Trust, succeeding Sir George Trevelyan, and chairman of New Approaches to Cancer.
Together with his wife Ann, he also ran a Cancer Help Centre in Cheltenham, on similar lines to the world-famous Bristol Cancer Help Centre.
Additionally, he was chairman of the council of a Rudolph Steiner school and a council
member of London’s College of Psychic Studies.
A member of the core group of the Runnings Park community, Tony divides his time
between working as a therapist in London and Malvern, channelling for study and development groups, and teaching, lecturing and leading workshops internationally on healing, stress management, meditation, psychic protection and self-development.
of Sacred Dance — Peter Deunov’s Paneurythmy.” The Scientific and Medical Network is an
informal international group consisting mainly of qualified scientists and doctors, together
with psychologists, engineers, philosophers, therapists and many other professionals. The aim of the Network is to deepen understanding in science, medicine and education by fostering both rational and intuitive insights. Founded in 1973, it now has around 1,200 members in over 50 countries. Full Membership is by invitation, usually only open to university- qualified scientists, doctors and other professionals. However, anyone sympathetic to the Network’s aims and concerns can become an Associate Member and receive its newsletter, “Network.”
Further information from David Lorimer, Lesser Halings, Tilehouse Lane, Denham,
Uxbridge, Middlesex UB9 5DG.

WHILST I am not a Spiritualist, I have no doubt that after physical death the mind, memory, personality and individuality remain. I am equally as certain that under the right conditions spiritual beings can manifest, and, now blessed with a wider breadth of vision, can communicate teachings which are of vital importance to mankind.

There is probably nothing new in the notion of communication with the next world. Indeed, the process by which it operates is as old as mankind.

Now there is no doubt whatsoever that the human brain consists of two parts. The masculine is responsible for the build-up of a great technological civilisation. Meanwhile, the right half, which is feminine, is intuitive, able to grasp the living one-ness of things and comprehend the spiritual world. What an adventure awaits all on entry into this higher dimension!

Whilst I did not know Dr Karl Nowotny when he was on earth, I am more than happy to endorse the teachings which he has communicated from the next realm. Controversial? Yes, sometimes they are. But I view this as a decided asset. Honest controversy is the means by which debate is widened and deepened. This should be welcomed. We have nothing to fear but much to gain from exploring others’ views.

The teachings from Dr Nowotny bear, I believe, a hallmark of sincerity. They “feel” right in a way which is difficult to put into words.

Only now, after a long period of evolution, is mankind beginning to awake. This is the excitement of our time as we enter the much-heralded Aquarian Age.

In the last 2,000 years of the Piscean Age it was necessary to build up the structure of Western civilisation. One of the greatest sadnesses is that so many scientists turned away from spiritual truths and, blinded by rampant materialism, refused to accept anything that was not demonstrable and repeatable in laboratory experiments.

However, even this is starting to change. Generally speaking, there is an awakening to the Spirit, a realisation than man is more than flesh and bones, that he is motivated by a spiritual force. Indeed, without this vital force, life itself would fail to operate.

Dr Nowotny casts new light on a series of situations and problems. Often — and with some justification — the charge is made that spiritual messages are banal, that they add nothing new to the sum total of human knowledge and endeavour.

This claim most certainly cannot be made about Dr Nowotny. His teachings are both thought provoking and mind expanding. From his new vantage point he is able to offer advice which is both sensible and practical.

Truly is change upon us all. I see it all around me in so many ways. At least, mankind has come to the rightful realisation that the earth, for example, is a living, breathing entity, one with whom we must work in love, harmony and friendship.

Spiritual teachings have a vital part to play in spreading this message, emphasising as they often do, the essential one-ness of all life. Truly is every one — and every thing — interconnected.

Dr Nowotny’s teachings are both important and interesting. It is for this reason I have no hesitation whatsoever in recommending them, and hope they reach the widest possible audience.

Nowotny no business model – helping people to help themselves

The medial writings – messages from a doctor in the Fourth Dimension available through the book trade, Glas-Vogl Ettenheim and the Synergia, Alex Beckmann, Industriestr. 20 in D- 64380 Roßdorf
www.synergia-auslieferung.de, www.synergia-verlag.de

ISBN for the EBooks:

We are happy to answer any questions, please write to: elisabeth.herrscher@nowotny-foundation.com

The medial writings – messages from a doctor in the Fourth Dimension available through the book trade, Glas-Vogl Ettenheim and the Synergia, Alex Beckmann, Industriestr. 20 in D- 64380 Roßdorf
www.synergia-auslieferung.de, www.synergia-verlag.de

ISBN for the EBooks:

We are happy to answer any questions, please write to: elisabeth.herrscher@nowotny-foundation.com

Lectures on request by appointment

Reflective contemplation of one that was helped by Grete Schröder with Dr. Karl Nowotny.

Listen to the mp3 (german language) 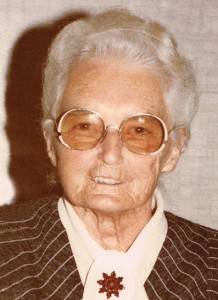 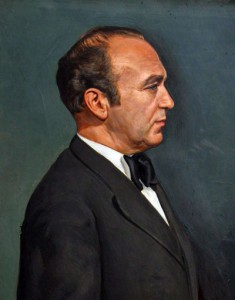